Get to know Shane Sklar, CFC Board of Director, Region 9

Agriculture was born into Shane Sklar. The fourth-generation farmer and rancher from Jackson County is the owner and operator of El Toro Farms and Sklar Seed. In addition to planting row crops, he and his father also operate a cow/calf operation specializing in producing replacement heifers for local ranchers. Agriculture is a robust industry impacting every corner of our world, and yet to some it is how we were raised and a way of life.

“I have been in production agriculture my whole life,” says Sklar. “I was given a heifer by each of my grandfather’s when I was born and have never stopped being involved in the cattle business. My full-time work on the farm didn’t start until 2016.  I spent time away from day-to-day operations when I worked as an aide to US Congressman Chet Edwards after college and served as the executive director of the Independent Cattlemen’s Association of Texas.  Since then, we have been steadily growing our operation with the purchase of new farmland, having Capital Farm Credit finance the way.”

“We were fortunate to be recognized as one of the top ten LG Seed dealers in the United States for the 2021-2022 sales season,” says Sklar.

Sklar and his wife Jill have three children which keep them busy when not working or being involved in several service activities.

“I am the outgoing Jackson County Farm Bureau President, founding President of the Edna Education Foundation and I was recently elected to the Sam Houston State University Alumni Association Board of Directors.  My wife Jill was just elected to her second term as Jackson County Judge, and she also serves as the president of the South Texas Judges and Commissioners Association.”

Community involvement is second nature to Sklar, serving in several other agricultural organizations in the past. His current priority to the ag industry is his director involvement for Capital Farm Credit.

“Agriculture is important because it is needed for people to survive,” says Sklar. “These days in our modern society, most individuals are far removed from the farm.  I believe that those of us involved in the business must remind and educate people that we must keep agriculture at the “top of mind” and not as an afterthought.”

After the pandemic, we saw an increase in ag awareness. Eyes opened to the importance of keeping food on our shelves and the role the American farmer and rancher play in ensuring our way of life is upheld to the standard we are used to living in.”

“Our responsibility as agriculture producers is immense, but worth every minute we spend fulfilling those obligations.” 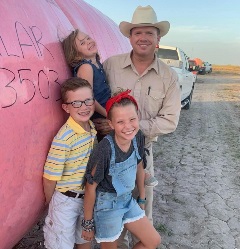 A relative newcomer to the Capital Farm Credit Board of Directors, Sklar was elected to the open seat for Region 9 Coastal Bend in 2020.

“I sit on the Governance Committee and was able to participate in the Farm Credit Fly-In to Washington D.C. in 2021 and will return again in 2023 to educate our lawmakers about the issues important to our stockholders as rural landowners and agriculture producers.”

Capital Farm Credit’s mission to sustain and support agriculture and rural communities throughout Texas impact Sklar and the role he plays as a director of the board and within his daily life in the ag industry.

“I believe Capital Farm Credit is the best choice for your agriculture lending needs because we are very accessible and have the background and knowledge to accommodate the questions and concerns of the borrower.”

When asked what advice he would give young producers, Sklar had this to say, “I would task young farmers with two things.  First, the world of production agriculture is moving fast so don’t become complacent.  Learn the new technology that is out there and keep trying to produce the best crops and livestock as efficiently as possible.”

“Secondly, don’t forget the origins of your upbringing.  Spend time with a grandparent or agriculture mentor that can teach you the ‘old ways’ of doing things. There is much to be learned from the way things were done to ensure the tools of the future are utilized to make you successful in your trade.”

Shane Sklar can be said to be a jack of all trades within the ag industry. He comes to CFC with a plethora of knowledge and the willingness to make our Association better for our members. With generational roots built in agriculture, we are grateful to call him a part of Team CFC. 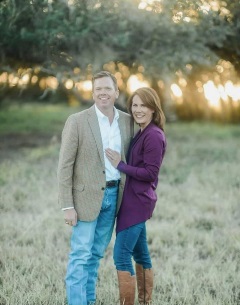